I found something I didn’t expect when I defined an enumerated Conceptual Domain (CD) and linked it to an enumerated Value Domain (VD). I wasn’t expecting that I could only define the meaning of Permissible and Supplementary Values of the VD by linking them to CD Values. For example, I can’t define a Value Meaning for “8” unless I define it in the CD and link to it. 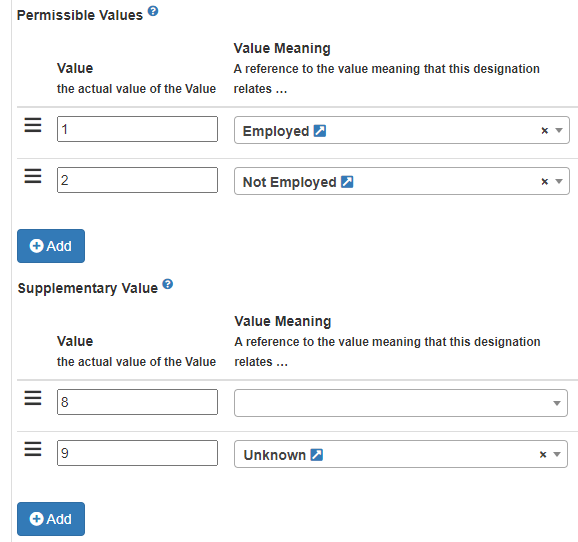 Thanks for this feedback @AndrewB - when we developed the linkages for Conceptual Domains and Value Domains, we had assumed it would be an either/or situation - where you either had a linked Conceptual Domain or you didn’t.

I’ll keep you updated on this, but it should be ready soon.